I am overwhelmed with my thoughts. They are jumbled up with no sense of direction which has intensified the feeling of giving up. Consequently rejecting any information that might lead to a solution base focus; my brain feels like it is in overload and can’t process any new information. I asked myself, “What I am doing here?” I am not sure what “here” means. Gazing in so many directions and making subconscious evaluations have led to the feeling of defeat. “I can’t do what they are doing”, I say; and that self-defeating thinking has contributed to my state of mind.

My child-like behavioral characteristics are also coming to the surface. It feels like God is still, and I am a child with no supervision. It is frightening to feel like a child without protection or skills, attempting to venture into the complex and vast social media. I am fearful that I will be swallowed up by the all-knowing and lack-of-conscience social media world. In addition, there are so many uncertainties related to the role I would like to play that it is difficult to discern God’s voice. As a result, I am throwing tantrums, blaming God for bringing me here. “Why did he allow me to write a book?” “Why did he allow me to share my soul and the souls of others and then let me stand here with no direction?” I have invested a lot of money and time, for what purpose?

I can’t stay here, but how do I get out of this state of mind? Then, I am reminded of Elijah in 1 Kings 19. Elijah had a great victory, but when he heard that Jezebel was trying to kill him, he ran away. He suddenly forgot a miracle had occurred when he prayed and fire came down from heaven and destroyed the sacrifices of the prophets of Baal to their gods. When approached by an angel after he ran away, his response was, “I have had enough, Lord, take my life for I am no better than my ancestors.” Due to his fear of Jezebel, he doubted his accomplishments and discouragement led to defeat. He might have felt that he wasn’t good enough and might have questioned God for letting his life be threatened.

I can relate to Elijah’s emotional response after his great victory. I wrote a book on a topic that should be addressed in the church. God placed the desire in me to be brave and share my experiences and the experiences of others so that his daughters can achieve freedom from abuse. The abused Christian woman needs to have her voice heard and supported as she emotionally and physically attempts to protect herself and her children from domestic abuse. Even though I don’t consider myself a writer (still evolving), God didn’t let that stop him. He sent many helpers along the way to help complete his work. I have had numerous positive responses especially from women who are experiencing abuse. This is a victory! Yet, when I perceive that someone might have a negative response, doubts and inadequacy dominate all the positives. Immediately, I start to question my skills and abilities and God’s calling.

I love how the angel responded to Elijah. He didn’t state how ungrateful he was, or say, “I can’t believe you are afraid of Jezebel after seeing what I did.” The angel focused on meeting Elijah’s physical needs first by providing food and allowing him to rest. Further into the story, the angel confirmed that he will need strength because the journey ahead was too much for him.

As I reflect the on angel’s response to Elijah, I too need to rest from my self-destructive thinking. God’s response to me is not punitive, instead, he extends his arms for me to come and rest. Physical rest is required to revive my mind. When that occurs, I can then prioritize the skills and resources I need to market my book effectively and respond to God’s calling.

There is a great work ahead. Therefore, to be successful, I will have to not only rely on God for physical and mental strength but also on others.

I am thankful to God for his mercy towards me even when I let my tantrums question his plans for my life. Today I want to hold on to the words of the song “Great is Your Mercy” by Donnie McClurkin. “Great is your mercy towards me, your loving kindness toward me, your tender mercies I see day after day.” I pray that I see his kindness and mercies in all of my thoughts and actions. 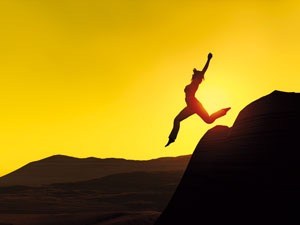