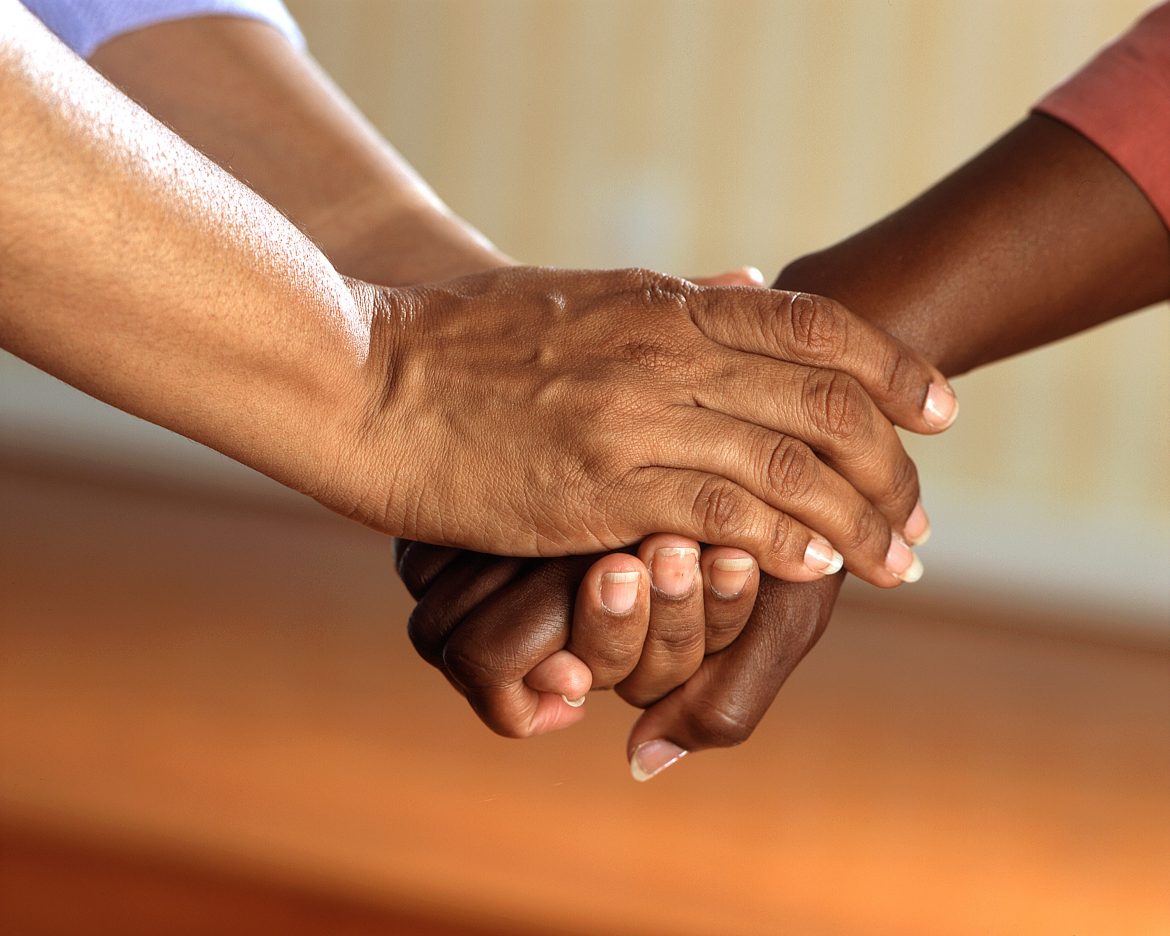 As a survivor and an advocate for victims of domestic abuse, there are three areas that I wish to address as a platform. Too often survivors do not have a voice. Their voices have been taken away by the violence. But when we educate ourselves as survivors about the dynamics of violence and tell others what we want and need, our voices are infused with power. We become catalysts for change. With united voices, change is certain to happen.

We can no longer sit back and watch others suffer. As Christians, we are empowered by God to change the situation. When we are steeped in God’s power no one can stand in our way. We will be able to speak the truth with love regardless of the responses from others, even from our leaders of faith

As I address those areas I want to change, I hope to encourage those who are reading this to respond. This response could mean getting involved in your community, speaking out against violence against women and children, or by supporting your local domestic violence center. We all have the moral responsibility to stop violence against others.

In the absence of physical evidence (such as bruises), people might not think domestic abuse is happening. Depictions of physical violence in the media reinforce this type of thinking. The violence shown on our screens may attract viewers, but none of these media seriously try to educate the public or call upon them to take action. But the abused woman who is watching these violent scenes is flooded with shame and humiliation. There are no real takeaways or solutions that might help one to understand the physical and psychological impact of the abuse on her wellbeing, let alone the resources to seek help.

Too often the question is asked, “Why doesn’t she leave?”  I believe there is a knowledge deficit on the part of the individual who is asking this question. To answer that question, one must understand the dynamics of abuse. The public needs to understand how easy it is for someone to get trapped in the cycle of abuse and how hard it is to get out.

To educate the public, domestic abuse must first be defined. There are different types of abuse. Emotional or psychological abuse is rampant in abusive relationships and occurs far more often than physical violence.

Physical abuse entails more than physical assault; it also includes physically blocking someone’s movement or locking her out of the house.

Sexual abuse or rape is extremely prevalent in a violent relationship. Even though a woman may realize that sexual coercion is occurring in her relationship, it is easier to deny it than to admit it to others.

Other types of abuse are economical and spiritual. Economic abuse is not paying the bills, refusing to give the woman money, or refusing to support the family. Spiritual abuse is using religion to justify one’s position as a controller, invoking God to instill fear, or preventing the woman from going to church.

It is easy for the victim to get caught in the web of violence. The abuser is not always violent or domineering. Indeed, the relationship may appear quite normal – on the surface. The victim might not even believe she is in an abusive relationship. Or she might realize that her relationship is abusive, but the powerful force called the honeymoon phase binds her to the relationship. During this phase, and after a violent episode, the abuser exhibits acts of kindness, apologizes for his behavior, and promises not to hurt her again. He might even agree to seek counseling. These types of behaviors reinforce the hope that the abuser can change. That hope makes it difficult for the victim to leave.

However, over time and without intervention, the impact of the abuse on the victim’s psychological and physical health makes it harder to escape. As she attempts to cope with the abuse, she develops a sense of failure and shame. She is overwhelmed by feelings of humiliation, embarrassment, self-blame, fear, and denial. All these reactions end up weakening her self-esteem and eroding her ability to manage her life and seek help.

Society needs to be educated on how to remove the misinformation about victims of abuse. Victims of rape and domestic violence are still stigmatized by our society. They are often seen as weak or foolish and of somehow at fault for bringing the situation down upon themselves. A statement such as “She must like the abuse, or she would have left the relationship” reinforces this type of misconception. Also, victims of violence are perceived as a byproduct of a marginalized environment; perhaps they use drugs and alcohol or are poor and uneducated. This belief cannot be further from the truth. Abuse can occur in any social group, regardless of economic status or educational attainment.

I have seen so many comments on a video or story about an abused woman who refuses to leave a relationship. She is often called many unpleasant names. It is critical that we teach others about the dynamics of domestic violence and its consequences. It is only by abandoning misconceptions and negative attitudes towards abused women that people can give them the help they need.

It is also important that education includes the prevention of abuse. Prevention is the key to ending domestic violence. For example, helping women identify red flags early in the relationship can help them make informed decisions before committing to marriage. Common red flags are routine road rage/aggressive driving, lack of respect for her privacy and personal boundaries, excessive jealousy, and rushing the idea of living together or marriage. Too often women are unaware of these red flags, or they may feel that something is wrong but ignore their intuition. When something doesn’t feel right, the woman should give careful thought to those feelings. When her psyche is being violated, the relationship is not right!

When someone is trying to get out from an abusive relationship, it is important to remind her that SHE CANNOT DO IT BY HERSELF! She needs the community’s help. The first step in seeking help is for the victim to have validation of her story. Validating that the abuser’s behaviors are wrong and shouldn’t be tolerated is an essential step to empowerment. Not only should validation and protection of the victim begin with the victim’s family, but the abuser’s family should be an advocate and a voice for the victim as well.

The victims and abusers should have easy access to community resources. The community, including family members, should shoulder the responsibility for upholding the law and holding abusers accountable for their actions. Safety should always be the highest priority. Therefore, members of the community should refer victims – even those who do not have any evidence of physical assault – to agencies that specialize in domestic abuse.

The church and other religious organizations can no longer be silent about domestic abuse. According to statistics, one in four women will experience domestic violence in her lifetime. Members of the Christian church and other religions are not immune from this condition. The church cannot keep quiet while its members are suffering. We are called to be our brothers’ and sisters’ keepers. When we turn away and pretend that abuse is not occurring, we are refusing to follow the footsteps of Jesus.

To address the problem, religious organizations must first learn everything about domestic violence. Training is required for the church leaders to be able to identify the symptoms of domestic violence. It is important to note that domestic violence is not due to lack of communication and should not be viewed as a relationship problem. To collect the data and make the appropriate diagnosis and intervention, a safe environment where the victim can discuss her experiences is a must. Therefore, the church must provide a non-judgmental environment where the woman can talk openly.

Churches and other religious organizations must collaborate with agencies in the community that specialize in helping domestic violence victims. Few churches have the resources to protect the victim when her safety is threatened. Nor can they provide legal counsel or the physical and psychological interventions that are needed to help the victim recover. As a result, the church must make referrals.

All religions must bear the responsibility if they refuse to address abuse, or if they discourage the victim from seeking help. In most cases, the misinterpretation of scriptures by those who are supposedly helping the woman can end up harming her psychological and spiritual wellbeing and make it difficult for her to break free from her torment. The role of the church is to clarify the scriptures and allow the woman to develop her own convictions as she seeks spiritual and emotional healing. The scriptures have the power to help the woman break free. This can be achieved by helping the woman build her faith so that she changes her perception of how God sees her as his child. As a part of his family, she is not meant to be abused.

The scriptures can be used to address abuse. God’s response to sin does not change, regardless of the sin. Sin is sin. The role of the church is to hold its members accountable for their sins. Domestic violence is sin, and every sin requires repentance. Repentance is a complete change of heart as in 2 Corinthians 7:10-11. It requires godly sorrow that leads to the urgency to change, which means admitting that one is an abuser and asking others to help him change his behaviors. If the abuser refuses to change, then Jesus states in Matthew 18:15-17 that we should treat that person as “a pagan or a tax collector.” In the case of domestic violence, when the abuser refuses to stop his destructive actions, then the victim has not only the moral right but an obligation to seek a legal separation.

Scriptures that address submission, such as Ephesians 5:22-24, need to be clarified. The church should define what submission is not. Submission is not accepting verbal or physical or sexual abuse. Other scriptures that address suffering (e.g., 1 Peter 2:21-23) are misused to reinforce that abuse is a woman’s cross to bear. But Jesus’ suffering was by choice and for a good purpose; the abused woman’s suffering is forced upon her and produces nothing good. It covers up the sins of the abuser while letting him escape the consequences. By not letting the abuser reap the consequences of his behaviors, we encourage the woman to violate the laws of the land.

Stopping the violence and holding perpetrators accountable starts within the family and extends outward to the community and society. We can no longer sit back and watch our mothers, sisters, and daughters endure violence. All faiths must acknowledge that violence is occurring among their members. The community is morally obligated to protect the woman and her children from violence.

Individually, we all have a moral responsibility to stop violence against women. What are you going to do?