I Wish I Knew Then What I Know Now: Early Signs of Abuse 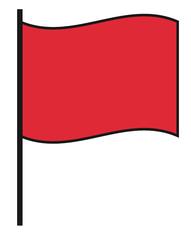 Education is the first step to breaking free from violence. As a college graduate and emergency room nurse, I might be expected to have some knowledge of domestic violence. This assumption is far from the truth. My education didn’t prepare me to spot early signs of domestic abuse. This lack of knowledge made it easy to ignore the red flags in the early phase of my relationship.

Xavier (a pseudonym for my ex-husband), had ongoing conflicts with his family and friends. It seems he blamed them for these conflicts and did not take responsibility for his erratic actions toward them. He believed they were responsible for making him angry. He lacked the ability of how to explain his hurt to others and was unaware that the suppression of those feelings might contribute to his behavior.

I wish I knew then that his purpose in sowing distrust was to physically and socially isolate me from my friends and family. With no support system, I would have to rely on him for physical and emotional sustenance.

Even though he did not want me to trust others, he expected me to trust him. To create that trust, he said it was essential that we have no secrets from each other. He wanted to know about my childhood and past relationships. He would tell a few of his encounter with his old girlfriends to lure me into sharing details of my past sexual encounters.

Little did I know that exposing my deepest secrets would become a tool to shame me later in the relationship. I wish I knew at that time that revealing secrets shouldn’t be a criterion for establishing trust. Trust requires time to develop, and emotional security is a must.

When driving, he exhibited frequent road rages. If a driver cut in front his car, he would become aggressive and use abusive language, or intimidate the driver by tailgating him to force him out of the lane. His road rages created fear and anxiety in me. I was afraid that he might cause an accident and harm us both.

Some might say that these types of behaviors are common. But when they are used to intimidate and manipulate others into submission, they become psychological abuse.

Another red flag was his rushing the idea of marriage. After only a few months into the relationship, he asked me to marry him. Since we lived in different states, I had few opportunities to get to know him well.

Often a woman might think that receiving frequent calls or texts from her partner is a sign of his affection for her. But wanting to know where she is all the time is being possessive. When he monopolizes her time and is jealous of her friendships, then that should be a cause for concern.

Other signs of concern are when he is overly attentive to meeting her needs. For example, fixing things around the house without her request, cooking her dinner, embellishing her with flowers, she comes to believe he is madly in love with her. But, when these behaviors are “too good to be true,” beware! There is a possibility his actions are a way to manipulate her for control.

Most women are unaware of these red flags, or they may feel that something is wrong but ignore their intuition. When something doesn’t feel right, the woman should give careful thought to those feelings. When she senses that her moral conscience is being violated, the relationship is not right!

It is important that we are aware of these red flags. I want others to recognize the red flags so that they can make an informed decision to stay away from relationships that have the potential to become abusive.

An old cliché states that “An ounce of prevention is worth a pound of cure.” Stay away from a relationship that has the potential to become abusive, or else you will have to deal with the physical and psychological consequences. If you are in a dangerous relationship, recognizing the red flags is the first step to getting help.

Is your relationship abusive? Or do you think it might become abusive? Check out this link: http://nnedv.org/resources/stats/gethelp/redflagsofabuse.html

What were the red flags in your relationship?

Next blog: I wish I Knew What I Know Now: Understanding Abuse

“Wisdom will save you from evil people, from those whose words are twisted (Proverbs 2:16, NLT).”

I Wish I Knew What I Know Now: Understanding Abuse