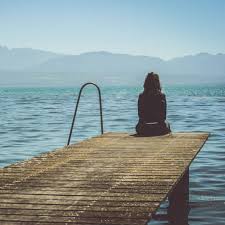 The Abused Christian Woman: Why Is She Suffering?

1 Peter 2: 21–23 states, “To this you were called, because Christ suffered for you, leaving you an example, that you should follow his steps. He committed no sin, and no deceit was found in his mouth. When they hurled their insults at him, he did not retaliate. When he suffered, he made no threats. Instead, he entrusted himself to him who judges justly.”

I met a woman who had left her violent husband and was going through divorce proceedings. She was angry at the legal system for allowing her husband to stretch out the process. She felt that, due to his status in the military, the judge was lenient with him and accepted his excuses to constantly reschedule the hearings. Rescheduling was a financial burden for her because she had to pay for her lawyer’s time with each new change. Yet her anger at her husband’s manipulating the courts was nothing compared to her feelings towards God. At any mention of God, her body stiffened and her language was overcome with emotion. “God? Where is God? Why is he allowing me to suffer? How can he let my husband get away with the pain he’s causing?” Her tone of voice was so intense that it made me want to leave the room.

“Where is God?” “Why is he is allowing me to suffer?” “Why has he abandoned me?” These are questions that many Christian women ask when they are experiencing domestic violence. I used to ask myself the same questions. As Christians, we often turn to the scriptures to explain our suffering. They are used to justify the reasons for our suffering. In 1 Peter 2 we are told, “Didn’t Christ suffer unjustly?” He suffered physical pain and false accusations. He was spat on, called names, and made the center of cruel jokes, but he didn’t retaliate. Since he suffered in silence and did not retaliate, we too are expected to do likewise and follow in his footsteps.

But when 1 Peter is used to justify our sufferings, it makes it easy to accept abuse, and it also produces guilt. We feel guilty because our suffering is less than what Jesus experienced on the cross. I felt guilty because I wasn’t suffering as much as Jesus was suffering. Therefore, by this logic, I had no right to complain. When we think this way, we accept abuse and come to believe that we are following Christ’s footsteps.

We are told that our abusive marriage is our “cross to bear,” that it is God’s will for our lives. Our suffering is rationalized with scriptures like Matthew 16:24, “If any of you wants to be my follower, you must turn from your selfish ways, take up your cross, and follow me” and Luke 14:27, “You cannot be my disciple if you do not carry your own cross, and follow me” (NLT).

The question here is, what is the cross we have to bear? Is it our “cross” to be beaten until we cannot see through our blackened eyes or speak through swollen lips? Is every vicious act our “cross?” Does bearing our cross mean we must accept insults, physical threats, or separation from our friends and family?

One of the books that helped me decide that my suffering was neither my cross nor God’s will for my life was, No Place for Abuse, by Catherine Kroeger and Nancy Nason-Clark. They point out that Christ went to the cross voluntarily. His suffering was for a greater good, which is salvation for all. Carrying our cross means surrendering to God and allowing Christ to lead us, and not to be led by the sinful actions of others.

The suffering experienced in an abusive relationship is involuntary and has no benefit to anyone, not even the abuser. Where are the good results from the abuse? Is standing and letting someone inflict pain doing any good or saving anyone? Did you choose to be beaten or verbally insulted? I am pretty sure that no one enters a relationship knowing she is going to be hurt. And surely no one believes that putting up with the violence will stop it. I have yet to meet a woman whose suffering caused her abusive partner to clean up his act.

Covering up someone else’s sins and quietly accepting abuse is not the kind of suffering that leads to good results. It only allows the abuser to dodge the consequences of his cruelty.

Also, surrendering to God’s will does not mean accepting senseless suffering and the abuser’s lack of remorse. Yes, the word senseless is appropriate when we suffer at the hands of someone who professes to love us.

Carrying our cross does not mean accepting every mistreatment by others, especially when God has given us the power to make changes. Abuse destroys the souls of both victim and abuser. When I finally accepted these facts, I was able to set boundaries and seek accountability for my ex-husband’s actions.

What about you? God loves you. And, as his daughter, you have a much higher calling than to be a victim. You don’t need to suffer senselessly. Jesus has freed you from oppression (Luke 4: 18–19) and will bind and heal your broken heart (Isaiah 61: 1–2). That means that he has set you free from abuse and will comfort you when you suffer. Since he has set you free, you need no longer be burdened by the bondage of abuse (Galatians 5: 1).

He wants you to live life to the fullest (John 10: 10), which means a life free of violence for you and your children. When Jesus was crucified, he took upon himself the suffering deserved by all sinners. Therefore, you don’t have to suffer as he did. 1 Peter 2: 24 states, “He personally carried away our sins in his own body on the cross. So, we can be dead to sins and live for what is right” (NLT). Do what is right by exposing the abuse and seeking accountability which is repentance. Repentance means showing remorse and making amends for the suffering he caused. Making amends at the very least is that he stops abusing you.

Next Blog: The Christian Abused Woman: What Submission is Not

Path to Hope: Restoring the Spirit of the Abused Christian Woman by Rose Saad