Home Featured What Does the Bible Say about Abuse?
Featured

What Does the Bible Say about Abuse? 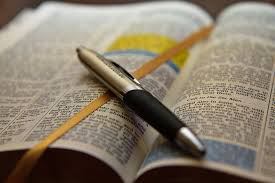 Have you ever considered what the bible says about abuse?
As a Christian survivor of domestic violence, I wanted to understand God’s view of violence-especially as it relates to abusive relationships. Through my personal bible study, I developed the conviction that abusive behaviors are sinful actions and should not be tolerated because they destroy both the abuser and the victim.

It is important to note that there are no stories about abusive martial relationships in the scriptures. Accepting violence is violating God’s plan for relationships.

What does the Bible say about abuse?
First, domestic violence is sinful. Let’s look at the scriptures that describe sinful behaviors and see how they relate to the characteristics of the abuser:

In Galatians 5:19-21, some of the characteristics of a sinful nature are discord, jealousy, fits of rage, dissensions and factions. These are tools abusers regularly use to control.

Fits of rage
Anyone who has experienced domestic knows what “fits of rage” look like up close. The Message Bible translation for “fits of rage” is “violent temper.” When a man* with a violent temper gets angry, his anger takes control of him. He loses his ability to think rationally, which demonstrates that he is dangerous and can seriously harm or kill without a thought about the consequences. This irrationality creates fear among those who see his temper, particularly his wife, which results in her constantly “walking on eggshells” to de-escalate his verbal and physical attacks.

The Lord examines both the righteous and the wicked. He hates those who love violence. He will rain down blazing coals and burning sulfur on the wicked, punishing them with scorching winds. (Psalm 11:5–7, NLT)

Dissensions, Factions and Discord
The abuser causes dissensions (conflicts) within the family and factions (divisions) in the wife’s relationship with her friends, extended family, and church. For example, he undermines her relationship with her mother, closest friends or refuses to allow her time alone to visit her family. Social isolation makes her totally dependent on the abuser for emotional and physical support.

A scoundrel and villain, who goes about with a corrupt mouth, who winks with his eye, signals with his feet and motions with his fingers, who plots evil with deceit in his heart––he always stirs up dissension. Therefore, disaster will overtake him in an instant; he will suddenly be destroyed without remedy. (Proverbs 6:12–15, NIV, emphasis mine)

Jealousy
The abuser shows excessive jealousy of his partner’s interactions with friends and family, co-workers and others who he imagines might threaten the relationship. He may present his behavior as love. He monopolizes her time and is suspicious of her activities that do not involve him.

For jealousy arouses a husband’s fury, and he will show no mercy when he takes revenge. (Proverbs 6:34. NIV)

Pride
All humans struggle with pride, but pride controls the abuser. He has a need to be right, feels superior at home and refuses to listen to advice from others. Tweet This

The abuser’s pride rears its head when the wife attempts to participate in the decision-making or parenting or, worse, suggests that they seek help for their relationship. He may turn these conversations into arguments, or he may ignore her and find an underhanded way to get what he wants, regardless of her stated needs or plans. He usually refuses to seek help for the marriage. When she attempts to seek outside help, he tells her, “You can’t think for yourself,” or “Why you do always let people tell you what to do?” His pride stops the family from seeking the help it desperately needs to survive.

Therefore, pride is their necklace. They clothe themselves with violence. (Psalm 73:6)
The Lord detests all the proud of heart. Be sure of this: They will not go unpunished” (Proverbs 15:5, NIV)

Verbal Abuse, Manipulation and Coarse Joking
The abuser’s communication process is filled with verbal abuse, perverse speech, word-twisting, and coarse joking to achieve control. He uses abusive language and makes belittling comments to make her feel unintelligent, less human, and not capable of understanding what his intentions are. He might say, “Are you stupid or what?” in response to her ideas or questions. He also twists words so that his wife leaves a conversation questioning her own motives. He distorts her words to use them against her. He keeps a record of or even invents past conversations and mistakes on her part as examples of her stupidity, immorality, laziness. He might accuse her of forgetting to pay bills or not washing the dishes when company is coming, etc.

They are always twisting what I say; they spend their days to harm me. (Psalm 56:5, NLT)

You’re familiar with the command to the ancients, “Do not murder.” I’m telling you that anyone who is so much as angry with a brother or sister is guilty of murder. Carelessly call a brother “idiot!” and you just might find yourself hauled into court. Thoughtlessly yell “stupid!” at a sister and you are on the brink of hellfire. The simple moral fact is that words kill. (Matthew 5:21–22, The Message)

He may joke about his wife’s appearance, speech, or ideas in a hurtful way. He also may make threatening comments or engage in aggressive behaviors and then claim that he was playing or joking. Or he may make sexually degrading comments about her, her friends, or women in general. When she becomes upset about these behaviors, his response is, “Can’t you take a joke?” His jokes are not funny. They are intended to belittle or threaten her. These techniques cause her to doubt her thought processes and sanity, causing her to feel worthless.

Like a madman shooting firebrands or deadly arrows is a man who deceives his neighbor and says, “I was only joking!” Proverbs 26:18–19 (NIV)

James 1:26 (NLT) advises Christians, “If you claim to be religious but don’t control your tongue, you are fooling yourself, and your religion is worthless.”

Do not let any unwholesome talk come out of your mouths, but only what is helpful for building others up according to their needs, that it may benefit those who listen, Ephesians 4:29 (NIV)

Nor should there be obscenity, foolish talk or coarse joking, which are out of place… (Ephesians 5:4, NIV).

Lies and Deception
Lies and deception are an integral part of the abuser’s behavior. He can continue his abusive behavior only by deceiving those around him. The abuser wears his mask and is in control as he exposes what he wants others to see. He wants everyone outside the home to see him as a great husband and father. He keeps a record of all the great things he does for the family. He may boast about the gifts he gives them. On the outside, he may seem like a fun, easygoing guy or a hardworking, responsible family man. At home, he is different: cool, distant, easily irritated, and emotionally and physically abusive.

Do not lie. Do not deceive one another. (Leviticus 19:11, NIV).
A malicious man disguises himself with his lips, but in his heart, he harbors deceit. Though his speech is charming, do not believe him, for seven abominations fill his heart. His malice may be concealed by deception, but his wickedness will be exposed in the assembly. (Proverbs 26:24–26, NIV, emphasis mine)

The abuser is deceptive about his motives. He will give all kinds of reasons for his abusive behavior, but will never admit his true motive—control.

Here are six things God hates, and one more that he loathes with a passion: eyes that are arrogant, a tongue that lies, hands that murder the innocent, a heart that hatches evil plots, feet that race down a wicked track, a mouth that lies under oath, a troublemaker in the family. (Proverbs 6:16, The Message, emphasis mine).

So, who is responsible?
The scriptures are clear about abuse. They make it clear that abuse stems from the abuser, not the victim. Tweet This

God’s way of dealing with sinful actions involves repentance. Therefore, we as survivors can ask for accountability for the abuser that might lead to his repentance. Accepting abusive behaviors not only violates our self-worth but also God’s commands.

Please check out my book, A Path to Hope. Restoring the Spirit of the Abused Christian Woman on Amazon or Barnes and Noble for more about my journey to freedom from abuse and spiritual and emotional healing.

How Can He Say He Loves Me and Then Hurt Me?