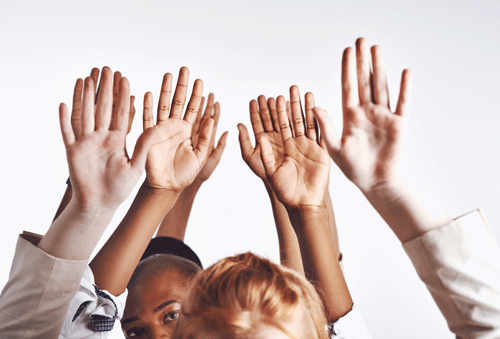 I will be presenting at The People’s Baptist Church Domestic Violence Conference in Maryland on October 13, 2018. The title of the conference is, “Who’s Going to Speak Up?” This title is appropriate given the recent #MeToo movement. The public response to MeToo demonstrates the power to change attitudes when voices are united. It took one person to speak out against the crime of sexual harassment and assaults against women, and that voice has been joined by countless thousands of other voices to create a mighty chorus swelling across the land.

What about domestic violence within the church? Who’s going to speak up? The answer is simple: we will. Because if we don’t, who will? Everyone from family members to abused victims, the church and the community at large, all have the moral and legal responsibility to speak up when others are suffering from domestic violence.

First, speaking up starts within the family. Most family members are aware of the abuser’s behaviors. Behaviors like being cruel to animals, becoming easily agitated by others, blaming others for his actions, and swearing at family members are some of the actions of an abuser. When abuse occurs in an intimate relationship, some families cover it up by discouraging the victim from calling the police. The woman might be told, “You shouldn’t tell anyone because it will damage the family’s reputation.” She might hear other dismissive remarks such as, “That’s how men are” or “I went through the same thing.”

I believe the family has the responsibility to speak up against any member that violates the rights of others. If a family member is an abuser, then the rest of the family should encourage that person to seek help to change his violent behavior. But if he refuses to change, then he should face the legal consequences.

I also believe that the man’s family can be instrumental in preventing abuse during the early phase of the dating relationship by warning the woman of their family member’s dangerous behaviors.

Secondly, the abused Christian woman should be empowered to speak up. Most of us are familiar with the statistic that states that one in four women will experience domestic violence during her lifetime. Interestingly, that data applies to women within the church, regardless of what we want to believe. The denial that abuse is not occurring within the church is so profound that most abused women have come to believe that myth.

When we deny that abuse is happening within the church, we stop the victims from speaking up. As survivors, we have to stop ignoring the facts and speak up. Telling our stories is the first step to breaking free. As Jesus stated in John 8:32, “Then you will know the truth, and the truth will set you free.” Speaking the truth is vital in breaking free from abuse.

Too often, and for too many reasons, too many Christian women keep the abuse secret. They do not realize the consequences of doing so has a profound impact on their physical and emotional wellbeing, as well as on their children. When we do decide to speak up, the work required to break the cycle of abuse and to begin healing can be overwhelming. Yet regardless of the difficulty, survivors must speak up because when they do, they are empowered to move forward.

The church community must play a central role in speaking out. It is from the body of Christ that both survivors and abusers can receive spiritual healing. But to speak out, the church first has to create an environment that is non-judgmental so that victims can feel emotionally safe.

Creating a safe environment in the church means having leaders condemn domestic violence from the pulpit. When leaders acknowledge the problem, the victim will feel safe to come forward. Speaking out also consists of denouncing any forms of violence and imposing church discipline on members who refuse to seek help to stop their abusive behaviors.

Yet to be truly effective in speaking out, education and training of church leadership is a must. To diagnose a disease, the doctor must be trained to recognize the symptoms of the disease. An untrained doctor will most likely make the wrong diagnosis and the prescribed treatment will make the problem worse. This scenario can be applied to those who are trying to help couples in abusive relationships. The lack of training to identify abusive behaviors will lead to ineffective interventions.

In addition to education and training, most churches will have to reexamine how they use the scriptures when addressing abuse. In recent news, a Southern Baptist leader told abused women that they shouldn’t divorce their husbands. Instead, they should pray. According to The Washington Post, his “controversial sermons” led to thousands of women speaking out. I hope this outpouring of voices will lead to changes in how the church handles domestic violence.

Speaking up is the first step in acknowledging that abuse is occurring in the church. When we do that, we can then work together to find solutions. What about you? Are you going to speak up?

I will be hosting a workshop called A Cry for Help on September 15, 2018, to help educate members and leaders of faith communities about domestic violence and show how to better support those who are trying to escape from this violence. Survivors of domestic violence will lead this conference. It is time that the survivors have a voice. When we join together and speak the truth, then we shall be made free.

A Cry for Help: A Domestic Violence Workshop

A Path to Hope

Love this blog!! Thank you for sharing!!