I Wish I Knew What I Know Now: Understanding Abuse 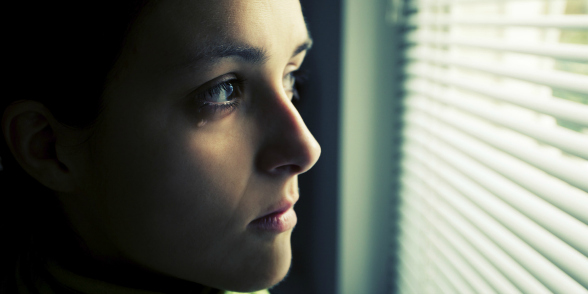 During my ten years of marriage, I wasn’t aware that the abuse I was experiencing was infecting my physical and emotional well-being. It took a while to recognize the symptoms of abuse and its invasion of my psyche. Just like a disease, when you don’t heed the signs early on, it spreads and will take more effort to treat. Anxiety, fear, low self-esteem, and the sense of helplessness all impaired my healing process.

Subtle behaviors exhibited by my husband and the transformation of my thinking made it difficult for me to identify that I was in an abusive relationship. Take the example of his ignoring my presence when he walked into the room. I didn’t know that sort of behavior is emotional abuse.

My culture and religious beliefs also played a role in concealing the fact that his controlling behaviors were abusive. For example, he made all the major decisions without my input. I grew up in a culture where the husband is in charge of the household. Also, my religious beliefs reinforced that I had to submit to the man’s leadership. With these types of beliefs, it was easy to let go of all the decision-making power even when his choices were bad ones.

I would spend nearly all day ruminating about his behaviors to make sense of them. If he said, “You didn’t clean the house, so that’s why I screamed at you,” then I believed him and found myself cleaning the house to please him. But that rarely happened; in most cases, he didn’t even acknowledge the house was clean. Instead, he found something new to complain about.

When I asked him the reasons for his anger, his response was usually, “You didn’t do what I told you to do” or “You don’t listen.” His answers didn’t make sense. How does leaving a dirty spoon in the sink lead to being called a stupid bitch?

My rational mind wanted to understand his actions. I began to create reasons to justify his behaviors. I figured maybe he had a rough day at work or he didn’t mean to do it. My answers made it easy to accept his behaviors.

I often hear people ask, “Why didn’t you guys communicate?” That question assumes that the reason for the abuse was poor communication. The reality is that abusers use the communication process as a tool for control.

For instance, there was the time when I tried to talk about our finances. I needed him to contribute more to the household budget because I wasn’t earning enough to pay for what he had assigned as my portion of the expenses. I went into the communication process for understanding and assistance, but he simply retorted that I was careless with money and didn’t know how to budget.

I left the conversation feeling at fault for spending too much money, which was simply not the case. The truth was, I was spending every penny of my income on childcare and household expenses.

I didn’t know then that his goal during the communication process was to create self-doubt. He twisted my words around to blame me. As a result, I left the conversation questioning my competence. I accepted his reality that my financial difficulty was because I was irresponsible with money.

This type of communication was evident in all areas of the relationship. I got into a conversation with a goal and left feeling that I’d done something wrong. I wish I knew what I know now: these types of behaviors are emotional and financial abuse.

Over time, the abuse had an impact on my rational mind. I was unaware that I was changing. I disregarded my reality and accepted his reality as the truth. It was like brainwashing: you accept and believe your captor’s truth.

This lack of awareness was seen in my reaction when Xavier physically assaulted me. My response was to tell him I hadn’t done anything wrong—as if to say, he had the right to hit me if I did do something he didn’t like. It took the transformation of my thought process to get to where it was easy to accept abuse.

What is domestic violence? Check out this link: http://www.thehotline.org/is-this-abuse/abuse-defined/

It is important that we understand the dynamics of abuse and how it affects us so that we can break the cycle. We don’t have to take the abuse. There are resources to help us break the bonds of abuse and find healing.

Check out my website, rosesaad.com for links to resources.

“For God has not given us a spirit of fear and timidity, but of power, love, and self-discipline (2 Timothy 1:7, NLT).”

I Wish I Knew Then What I Know Now: Early Signs of Abuse